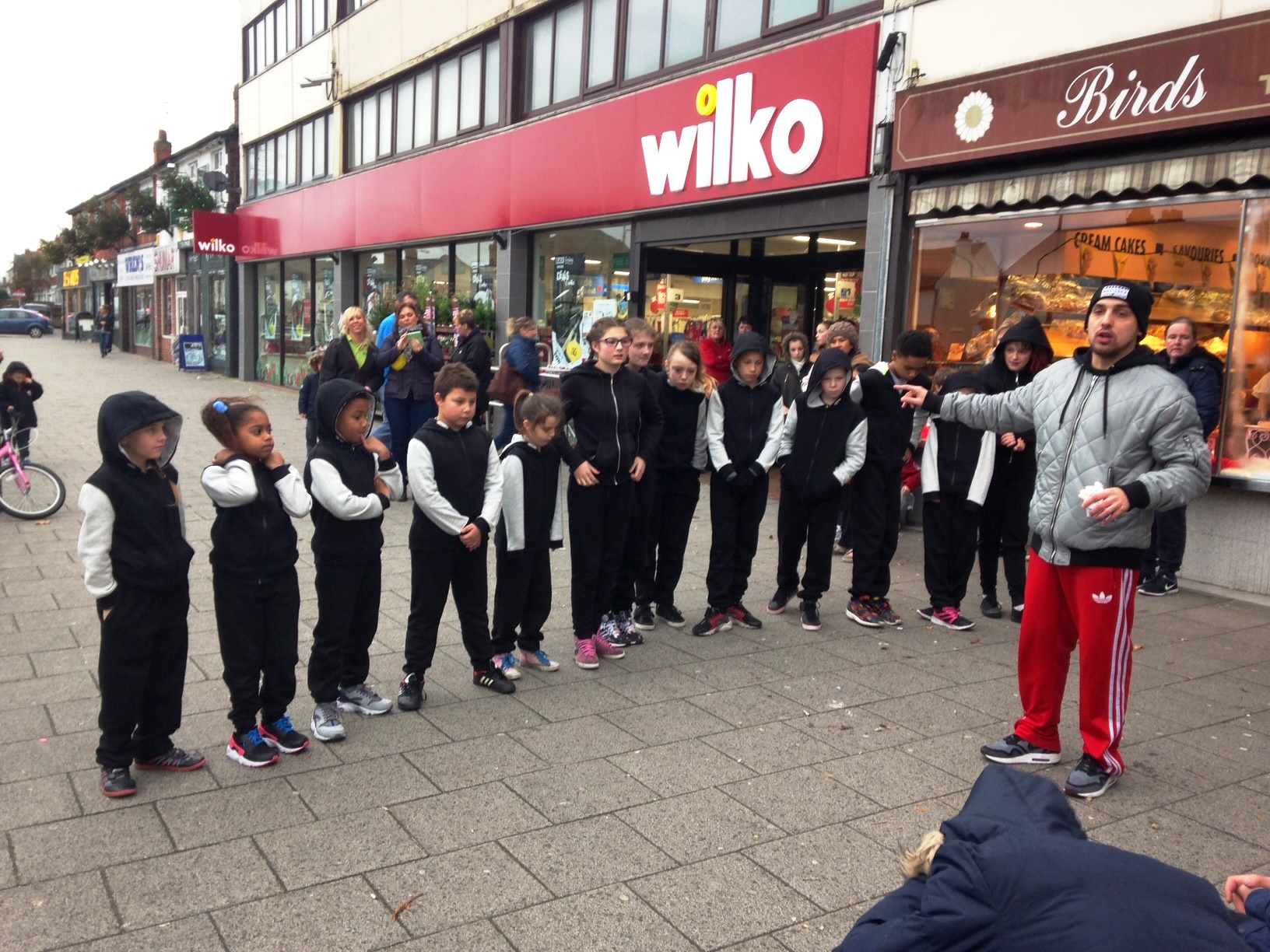 A group of young people from Allenton delivered a great performance on the main shopping street in Allenton on Saturday 28 November. The young people had all been attending weekly street dance workshops run by Trinity Warriors Dance Acdemy, where they learned the dance steps and routine they delivered on Saturday.

The activity was funded by Allenton Big Local and managed by The Enthusiasm Trust.

“Everyone really enjoyed taking part in the workshops,” said Heather Rothon from Enthusiasm.

“Quite a few young people have shown a real aptitude for dance and they are keen to continue to learn more.”

The performance in Allenton was watched by a large crowd, which included parents, friends and family members who were there to cheer along the young people as they gave their first public performance. The event began with a dance display from Trinity Warriors, and then it was time for the young people to take to the stage/street. Their routine was entertaining and confidently delivered. You can watch a short snippet from their performance here:

“It takes some guts to deliver your first performance,” said Paco from Trinity Warriors. “The young people did brilliantly. They should be really proud of themselves.”