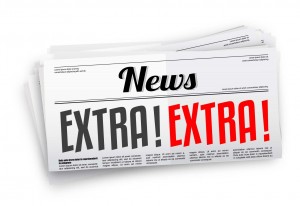 Local Trust has announced additional funding for all 150 areas taking part in the Big Local programme, including Allenton. Big Local areas will each receive an extra £105,000 on top of the £1 million already committed to helping make their communities even better places to live.

Big Local is the biggest place-based funding programme currently distributing funds across England. It was established in 2012 by the Big Lottery Fund to target funding to 150 communities who had missed out on benefiting from previous funding programmes. Allenton Big Local established a resident partnership and began meeting in January 2011. Following consultation with local residents and organisations, the first plan was drawn up and implemented from April 2014.

“We are very happy to be able to allocate this additional funding to the Big Local programme,” said Kevin Sugrue, chair of the Local Trust board of trustees. “The energy and initiative released by Big Local is inspiring and amazing. We hope that through this funding Big Local partnerships have the resource to do even more.”

The additional funding for Big Local areas is coming from the investment return on the Big Local endowment, which is managed by Local Trust to provide funding from the programme, which runs until 2026-27.

The additional money has also been made possible because of the proven success of the programme of resident-led investment based on neighbourhood and community priorities for action.

Local Trust’s funding decision means that, over fifteen years, at least £166m will be distributed to communities across England under the Big Local programme. The £105k of extra funding for Allenton Big Local will be added to the remainder of our £1m after our next plan is submitted and approved for April 2019 onwards.

As well as additional funding going directly to Big Local areas, Local Trust will also be increasing funds available to assist local areas through greater access to training, advice and other forms of support, to help them make the most of their opportunities.

‘The Grammar of Change’ by David Boyle, which reports on experiences in a number of Big Local areas five years into the programme, was published last week by Local Trust and is available free for download or by post.