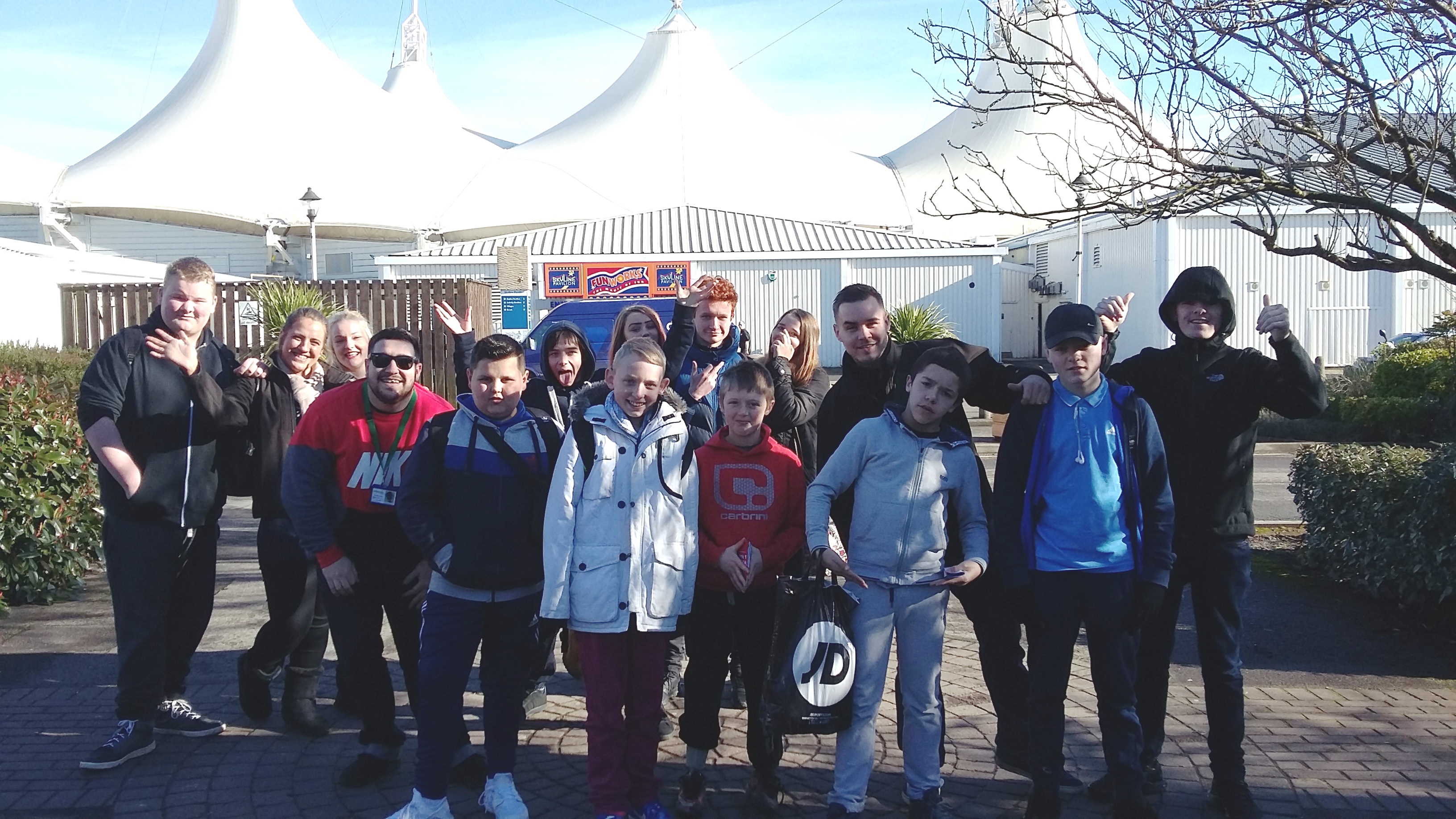 A youth club has been set up by Enthusiasm, which is being held at St Martins Church Hall – the site of the proposed community hub. During January to March, students from the University of Derby helped Enthusiasm to deliver the youth club sessions. This allowed the students to learn valuable team work skills and gain experience of working with young people. It also gave the young people a chance to form new friendships, and improve their confidence and skills. The youth club will continue to run regularly every Tuesday between 7pm and 9pm. At the moment, between 30 and 40 young people attend, and the numbers are increasing weekly.

There have been plenty of activities delivered during the February half term too. Enthusiasm provided informal educational workshops for girls and boys on separate days. These sessions offered life skills activities aimed at improving self-confidence and building positive relationships.

Three young people from the Allenton Big Local area also volunteered with Enthusiasm during half term to assist at a community event in Alvaston. They promoted the event, helped to set it up, and supervised some of the activities that took place.

On the Thursday of half term Enthusiasm took a group of young people on a trip to Butlins in Skegness (see photo above), including six from the Allenton Big Local area. Visiting the seaside was a whole new experience for many of the people on the trip – for some, the trip provided them with their first glimpse of the sea.

Enthusiasm encourages young people to get involved as volunteers because it is a great way to gain useful experience and build self-confidence. Currently, two young volunteers from the Allenton Big Local area are leading sessions with vulnerable adults every Wednesday to deliver activities such as games, quizzes and food tastings. This intergenerational work is highly valued by both the adults and our volunteers. Three other volunteers from the Allenton Big Local area help out at Enthusiasm’s youth club sessions and other activities. One of these volunteers is leaving school this year and has already shown interest in Enthusiasm’s Youth Work apprenticeship.

A spokesperson for Enthusiasm said: “The funding we receive from Allenton Big Local enables us to deliver activities that young people would otherwise not get a chance to take part in. The youth club at St Martins is becoming increasingly popular. It allows young people to interact socially with their peers and meet other young people they may not have known before. One young person began attending when we opened in December. Initially he just sat quietly in the corner and didn’t speak to anyone. Gradually, as a result of the team building exercises we’ve done during the sessions, he has made new friends, is engaging positively in activities, and he now has the confidence to talk to the Enthusiasm team about any issues that are worrying him.”