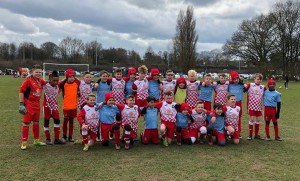 Ash Delaney from Allenton United FC said: “Well what a weekend! Thank you to Allenton Big Local for giving us the opportunity to play in the Manchester Cup. We did our very best against teams from around the world and we came runners up. END_OF_DOCUMENT_TOKEN_TO_BE_REPLACED