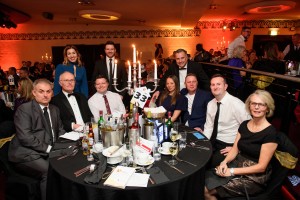 On Friday 25th February 2020 a group of 8 attended the regional Building Community Awards hoping that the partnership work of the building project on St Martins Church & Community Centre would win the under £250k project of the year award.   The evening was in the lovely Athena Centre venue in Leicester.  Des Coleman was the host for the evening.  After the 3 course meal the awards began and we eagerly waited to see how we had faired!! 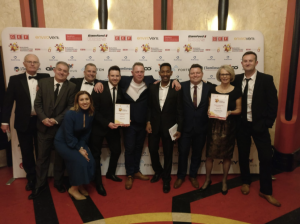 We were up against 3 other projects and stood a great chance to win.  The award was announced and we were runners up for the award.  Whilst we would have loved to have won the award it was still a great achievement to get the runners up prize.

We came away delighted to have been part of the evening and the recognition for the great work in transforming a building that is used so much in Allenton that was supported by finance through ABL – and almost winning!! 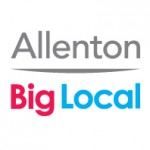 Allenton residents are welcome from 6.45pm for prompt start at 7pm.
Allenton Big local and it’s delivery partners will be showcasing some
of the achievements from the last year.

Refreshments will be provided

Following several years of planning and consultation, followed by eighteen months of building work – on Friday 1st February 2019 we were incredibly happy to support the relaunch of St Martins Church and Community Centre on Flint Street. Please watch our video which highlights the days activities.

If you’ve been anywhere near Flint Street in Allenton recently you can’t fail to have noticed the work taking place at St Martin’s Church and Community Centre. The huge #allentonbigbuild project is now well underway, run by Hodgkinson’s Builders and Derby Homes, in partnership with St Martin’s Church, Derby City Council and Allenton Big Local. END_OF_DOCUMENT_TOKEN_TO_BE_REPLACED 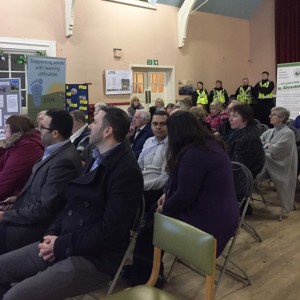 The event was supported by delivery partners and local groups who have received funding or support from Allenton Big Local. The meeting was well attended by residents, local organisations and other interested parties who took the opportunity to network and find out about Big Local funding in Allenton. END_OF_DOCUMENT_TOKEN_TO_BE_REPLACED

Allenton Big Local’s plan to fund the development of a community hub at St Martin’s Methodist Church on Flint Street have been approved.

The creation of a centrally located community venue was highlighted as a priority during consultations with residents on how Big Local funding should be spent. Once completed, the community hub will include a café that can become a meeting place for local people. St Martin’s will also offer room facilities for hire at the venue for local groups and residents to use for activities such as children’s parties, meetings, training sessions, playgroups, youth clubs, keep fit sessions, drama clubs, and other community events. END_OF_DOCUMENT_TOKEN_TO_BE_REPLACED