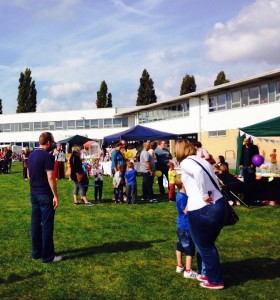 The Event @ Allenton attracted over 1,250 people on Saturday 13 September. The community day was held at Merrill Academy and was organised by The Enthusiasm Trust. It included activities, stalls and a car boot sale and was attended by people of all ages, including plenty of families and children who enjoyed trying out the various activities on offer.

The rides included inflatables, go-karts and a climbing wall, and the entertainment also featured a magician, a drumming session, dance performances and musicians, as well as stalls and stands. Residents from the Allenton Big Local area had the opportunity to place their vote at the AGM in the Allenton Big Local information stand.

Our thanks to everyone who supported The Event and took part on the day. We hope to be back in 2015.