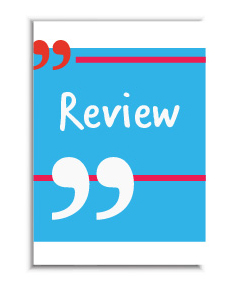 How much have we spent?

What impact has Big Local had?

Our newsletters and stories of change give a strong evidence base for the impact we have already achieved. At the partnership meeting in January 2016, the group members recorded some of their own personal reflections and highlights on what has been achieved so far:

We’ve raised our profile through our events. We’ve been able to communicate with our community and create a buzz for people of all ages in the Allenton area.

We’ve developed partnerships with organisations in the area, such as with St Martins and the Community Hub, which in turn will have a big impact later on.

Nacro has seen a real increase in referrals and now has a waiting list thanks to the work funded through Big Local and in part due to cuts in statutory services. There is great work being done by Nacro with disadvantaged families.

We’ve helped Enthusiasm to support young people through mentoring who wouldn’t otherwise get the support.

There is finally a youth club in the area, giving young people an opportunity they didn’t previously have.

We’ve started to reach our goals across our three priorities of strengthening the community, developing life skills and creating opportunities for training and employment.

The events we’ve organised are getting people thinking about community and letting them know about Big Local. The Event @ Allenton in the summer was excellent and Santa made a huge impact at the Christmas Event, where he spoke to 425 children and created a massive increase in social media likes and activity.

We have commissioned local organisations, helping them sustain their delivery during difficult times.

We’ve increased awareness of Allenton Big Local as a resident-led programme. Lots of people know about us now.

We’re seeing increasing interest and demand for the Community Hub as the planning has developed. We realise that once it’s completed, the Hub will have a huge impact.

What have we learned?

Review and reflection are a regular part of the work of the partnership. At our meeting in January 2016, we recorded some of the key learning points which will be used to develop future activities:

We’d like to have more members on the partnership.

We need to be flexible and shouldn’t beat ourselves up if things don’t go exactly to plan.

We need enough time to plan events and enough people to do it.

We need to be flexible with some funding pots like the community chest. If it doesn’t work as we had first envisaged, then we should allow other ideas to develop around it.

As a group we have learned to work together, challenge and negotiate.

How do we keep up-to-date with what the community wants? 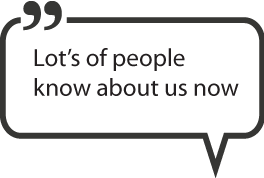 We have strong two way communications which ensures we share what is happening and hear back from residents. Sharing progress is done by placing all SLAs and work reports on the website and then we Tweet the link and place it on Facebook. Allenton Big Local has a growing following. The work reports are used to create and post stories of change, many of which go into our newsletter which is printed and distributed locally.

Allenton Big Local undertakes an annual community survey with residents, asking the same core questions of at least 100 people each year to track changes in perception and attitudes about our community. The findings are summarised and shared through infographics and compared to previous years. At other events such as Santa’s Christmas events, bespoke feedback forms are created and given out and responses collated and shared with the partnership to guide and direct activity, the priorities and the overall vision.

If you would like to know more about Allenton Big Local or you are interested in getting involved as a resident, email info@biglocalallenton.co.uk.

Getting a picture of the community