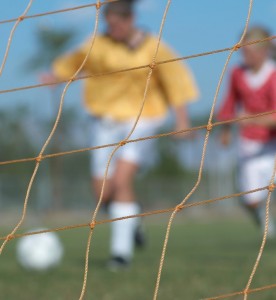 Young people in the Allenton area who are most at risk of offending are receiving mentoring support from the Enthusiasm Trust, funded by Allenton Big Local. The style of mentoring provided by Enthusiasm helps the young people get their lives on track and also aims to deliver the following outcomes:

The young people who take part in the programme are identified by the Enthusiasm team or referred to them by Police Safer Neighbourhood Teams, Council Neighbourhood Teams or other partner agencies. Each young person is given a dedicated worker who offers support, equips the young person with positive life skills and challenges them to change their thinking and behaviour. Using an individual action plan that addresses risk factors highlighted during an initial assessment, each young person receives at least one hour a week one-to-one positive intervention with their mentor. The young people are also offered opportunities to engage in diversionary activities designed to challenge under achievement, anti-social behaviour, offending, and related forms of abusive lifestyle. The assessments and action plans are reviewed regularly to make sure they are tailored to the individual needs of the young person.

Through the ABL Mentoring Project the Enthusiasm Trust has mentored 14 young people over the last year, through a total of 1,640 interventions. That’s an impressive 75% more than the agreed target of 8 local young people – so well done Enthusiasm! They were able to support additional young people because of the positive and rapid progression of so many of the young people who have engaged with and been supported through the mentoring programme.

All young people on the Enthusiasm mentoring program have received practical support and advice to help them access education, training or volunteering opportunities. Two young people have been supported into employment – one is working in a restaurant and the other has a job in construction.

Bob was referred to the mentoring scheme as he was considered to be socially vulnerable, had a poor record of behaviour in school, and had family issues.  Bob was reluctant to engage with other professionals and lacked the social skills to make friends.

Enthusiasm worked with Bob for four months, focusing on two specific areas of improvement: behaviour within an educational setting and social skills/friendship groups. After spending time building a relationship with Bob, his mentor created an action plan for school with a reward system that would enable Bob to try new things such as attend youth clubs, join in with football sessions and other positive social activities. Bob’s behaviour improved noticeably after this plan was implemented as it allowed Enthusiasm to identify why he was getting into trouble at school and take action to improve the situation. As a result of his improved behaviour, Bob was rewarded with a session at Mega Zone with three other young people who attend the local youth club.

These social opportunities allowed Bob to begin to make new friends. Once his  confidence and trust in Enthusiasm increased, he was invited along to one of the local youth clubs and to some of the football sessions delivered by Enthusiasm. Bob now attends these social activities regularly and has established a friendship group. He calls his mentor most days to provide updates on how he is getting on at school.

Enthusiasm will continue to work with Bob to help him build on the positive changes he has made in his life, developing his growing confidence and self-esteem and helping him to get a better understanding of other people. This will give him a chance of a more enriched future with new opportunities and experiences.