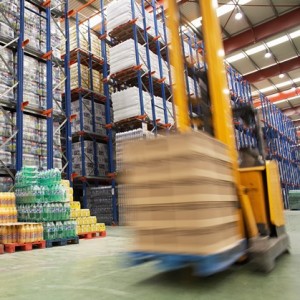 One Allenton resident recently tapped in to both of these local resources in a bid to gain the extra qualifications he needed to find work in construction. He was initially referred to Careers@Derby for funding advice from the Job Centre and then, because he lives in Allenton, was redirected to the Work Club at Allen Park. The resident had worked in the building trade for most of his life as a ground worker, slinger and operated many of the vehicles used on site such as dumper trucks, JCB mini diggers and small fork lift trucks. More recently he had been finding it difficult to gain regular work on site because he didn’t have a telescopic handler licence, which is needed to operate the larger fork lift trucks.

The Work Club helped this resident with his CV and also helped him to locate a trainer who could offer the training he needed. The Work Club suggested that he complete an application for Bursary funding from Allenton Big Local, which would cover the majority of the course fee. This application has now been approved by Allenton Big Local and the successful applicant will soon be attending the course to gain the qualification he needs.

He said: “Allen Park Job Club has done more for me in a short time than anywhere else.”

The Work Club is run by Derby Adult Learning service and is held on Mondays (except Bank Holidays) between 9.30am and 4pm at the Allen Park Centre (next to Allenton Library). Anyone is welcome to drop in for help and advice.